Onwards and northwards to Wanaka! Another South Island town nestled by a lake and surrounded by mountains, it’s the scrappy younger sister of Queenstown. All the fun and prettiness with lots less tourists and craziness.

Wanaka, seen from a hilltop hike

Studying the compass on the hilltop hike

A quick walk into town to rent bikes, we took off for a leisurely ride around the lake, then onto a bit more challenging single track ride, with wide open blue sky above us and the landscape shifting from poplar groves to scrubby grassland to subtropical forest in a matter of minutes. 15 miles on a bike is no joke when you’re not used to it, and I trudged back into town, walking my bike on the busy sidewalk. I quite literally nearly ran into David, delirious as I was with hunger and fatigue. He had had a slow morning wandering around town and chipperly began to ask us about the ride, only to be cut off by the boy, who implored, “Mr. David, can we skip the small talk? We are just too exhausted and hungry and need food.” Unable to deny this request from a struggling kid, we quickly returned the bikes and settled in for a lunch on an outdoor patio.

Riding through the poplars, reminiscent of the Colorado Aspens

Taking a break by the lake for some snacks

Out of the poplars, into the flat scrubland

girls on the ride!

A quick hop up to Fox Glacier to see some of the highest mountains in NZ and a real glacier. This was quite different than I was expecting. I was thinking that we’d go walking along and then suddenly be faced with a wall of blue ice, impenetrable and formidable, but it’s more like a big rock in the distance, having retreated quite a bit due to global warming. The most exciting part of the hike was when we were all just a bit ahead of the girl on a wooded part of the trail, then heard a yelp and looked back – she was gone. I looked around and saw just her bright pink sneakers sticking out of the brush. It didn’t seem as if there was a reason to panic, so we walked back and found her face down, having slipped off the side of the road. We pulled her out by her ankles and set her upright again, somewhat like a fallen toy soldier. “What happened?!” we asked. “Oh, well sometimes I like to see what it’s like to hike for a while with my eyes closed.”  I asked if she could possibly not do that on a glacial hike with many signs along the way showing the steep cliffs and dropoffs!

Scrambling up the rocks, the glacier face in the distance 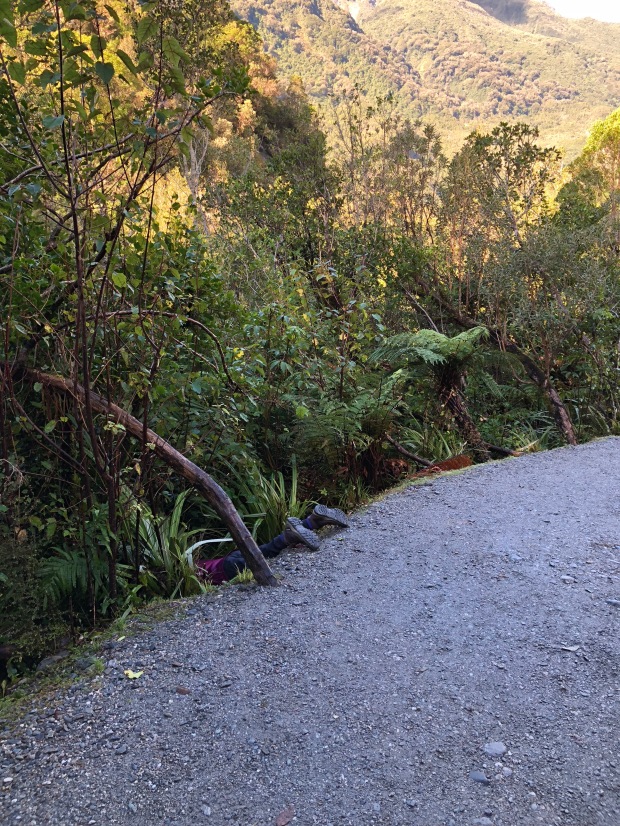 After this came the one day that was a true driving slog. We wanted to spend more time in Abel Tasman park up on the north coast of South Island, so we decided to do an insanely long drive. In New Zealand this was 325 miles. Now in the States, this is a long but not unreasonable drive of 4-6 hours on the interstate system. Here, that’s about 7-8 hours on windy two lane roads. Truly, truly painful.

We stopped along the way at Hokitika, known for being an historical town for gold mining and pounamu fossicking. Pounamu, or greenstone is a Maori Taonga (treasure) and found exclusively on South island. A type of jade, it was historically used for tools and now used for jewelery. The kids and I trundled along the beach, excitedly picking up pieces of greenstone along the way, gathering a large handful of small greenish stones. We took our find back to a pounamu store on main street, waiting to hear what an amazing find we had, only to be told rather quickly that we were now in possession of a good collection of random beach rocks, but no pounamu at all. In the face of the disappointed faces, the shopkeeper gave the kids a discount on their own pounamu necklaces for themselves and friends. 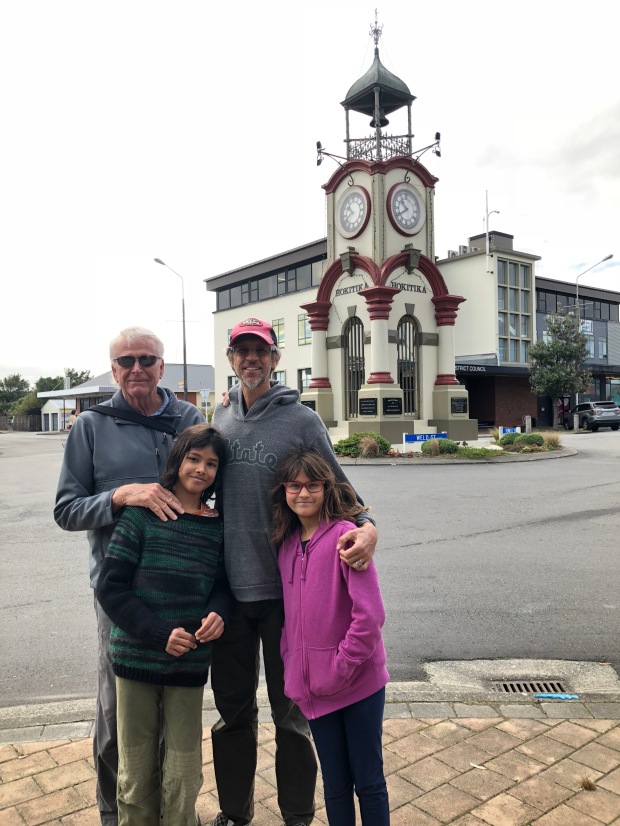 The Hokitika Clock Tower, not destroyed by a lightning strike at 10:04 PM November 12 1955 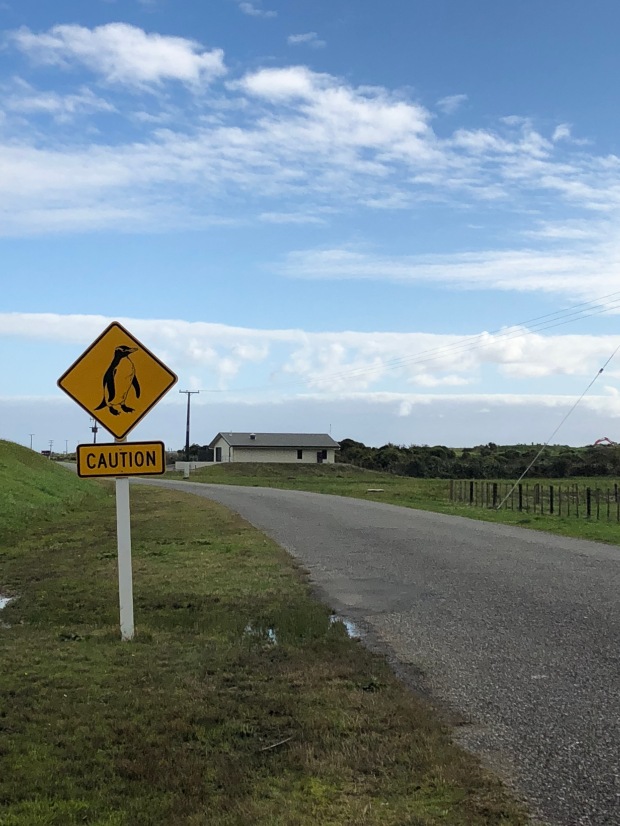 [For the readers among you, you may recognize Hokitika as the setting for Eleanor Catton’s Booker winning epic “The Luminaries,” where the town plays a large part as a feature character. Walking around you could really see what the town would have been like during the era of gold mining, and I could see the characters walking the streets, going down to the docks, and meandering into establishments. Should you choose to read this book, I applaud you. It took me a few tries.]

A quick stop in Greymouth where the only important things are that there are penguin crossing signs, and a food truck out of which two Dutch immigrants make fresh stroopwaffels. These are delicate sweet waffles which have a layer of melty caramel in between them, and are perfect for eating with a cup of coffee or tea. Eating these fresh off an iron was delectable, and I may have purchased ten of them and eaten them mostly by myself over the next week of the trip. Or perhaps entirely by myself, but who’s counting? There are no pictures because I was too busy eating them, my friends.