Have you all seen the new rebranding of the Target store brand into “Up & Up”?  The products all come with a little tagline that I personally find hilarious.  At first, I thought that this was the work of a rogue product designer at Target, but then I realized that no corporation would allow something like that to “slip by” and it’s all part of a marketing strategy to make the brand seem hip and cheeky.

I went to Target to shop and brought my camera.  I walked around, a bit worried that the clerks would stop me and ask why I was taking pictures.  My cover story was that it was for an art class I was taking, but I really didn’t look the part, dressed as I was in my usual ratty blue hoodie and wide leg cords.  Alas, none of the workers could have cared less about what I was doing, though a middle-aged male shopper did seem to look at me strangely a few times.

I did look for better pics online, but couldn’t find the products I wanted.

Some of my favorites: (you may have to click to see the text) 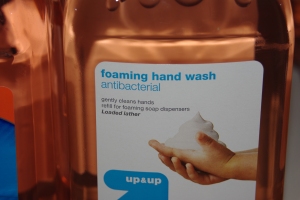 that sounds kind of dirty. 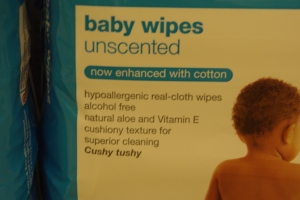 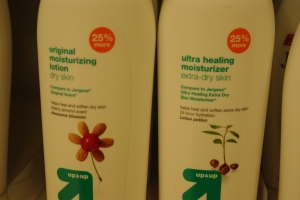 how long did it take them to come up with those? awesome rhymes. 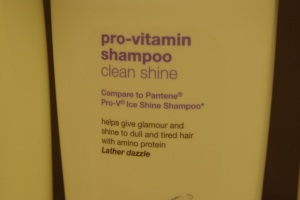 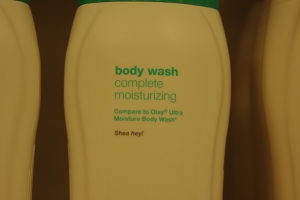 On some of the design blogs that came up when looking for images, there’s a bit of a debate over whether the redesign is successful.  I guess I’d say that I think the designs generally look nicer, if not a lot sparse, but I miss the little bull’s-eye instead of the arrow.  One commenter somewhere even mentioned that it’s like the logo went from female to male.  Take from that what you will.

Regardless, I actually love looking for these little lines and adding a giggle to my trips to Target.