[Let me start by saying that I had  a clever idea for this blog post comparing my quest of the perfect Nemo hat to that of Ahab and Moby Dick.  It was funny.  Then, I mentioned this to Eric, who proceeded to tear it apart bit by bit until it was unusable.  Something about how Ishmael isn’t Ahab and how Ahab hated Moby Dick for eating his leg and how nothing really fit and I really don’t care because every time I’ve tried to read Moby Dick all I can think about is how I’m wasting precious minutes of my life being bored out of my mind, but still, it ruined my analogy and I didn’t want to get mocked by other intellectuals so instead you are left with this:]

The girl hates hats.  The girl loves “Finding Nemo.” It is cold in Colorado, and one needs a hat for the winter.  I thought, why not make her a Nemo hat?

While I was making it, she seemed pretty excited–it’s pretty fast and only took me a few days.

Once I added the eyes, though, she backed away slowly, fear in her eyes.  I got the boy to model it: 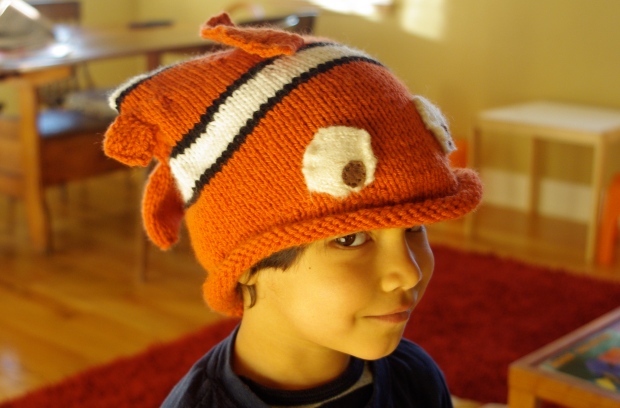 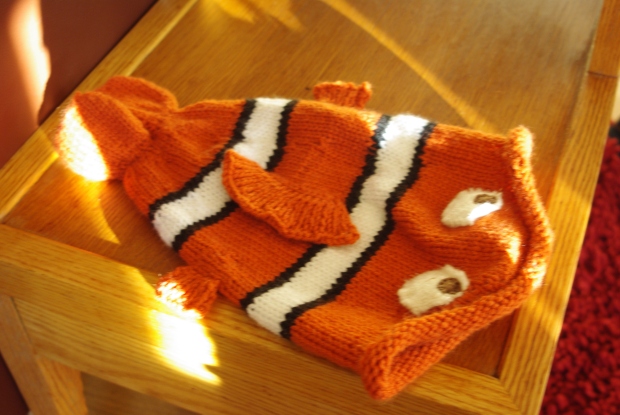 I guess it might be a little freaky to see friendly little Nemo eating your head. And before someone starts, I know that it’s not an exact replica but it’s close enough for a 2 year old’s hat.

So after much discussion, we figured out that the big felted eyes were scaring her.  She insisted on a change to “puh puh buttons,” or “purple buttons.” Her favorite color is purple.  So we dug up a few buttons from a sewing kit that the boy has, and he insisted on sewing them on himself. 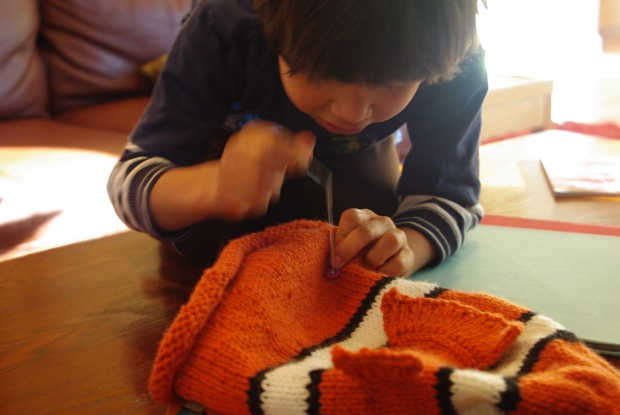 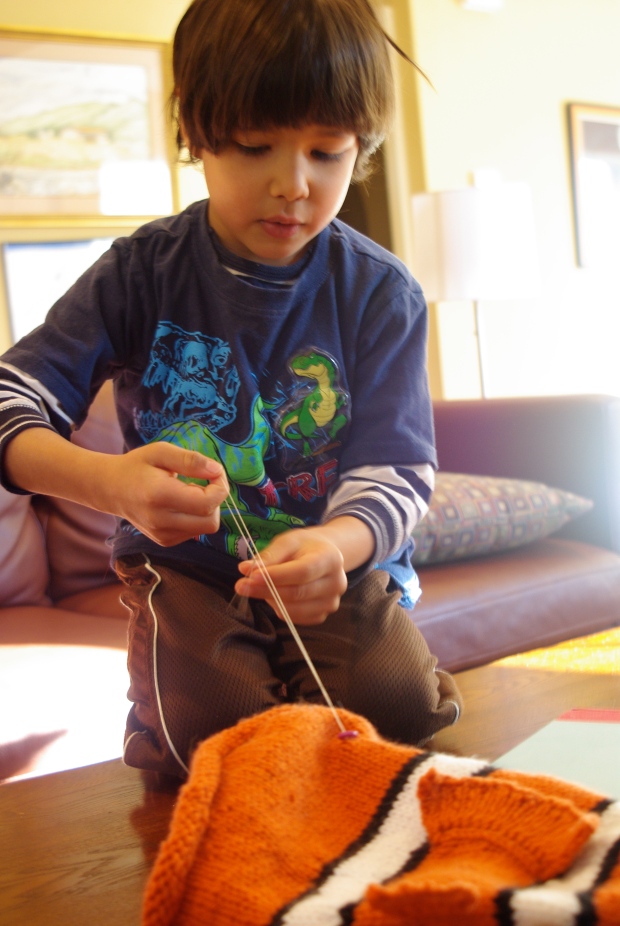 After that, it must have been slightly less scary, because she agreed to put it on for a little bit. 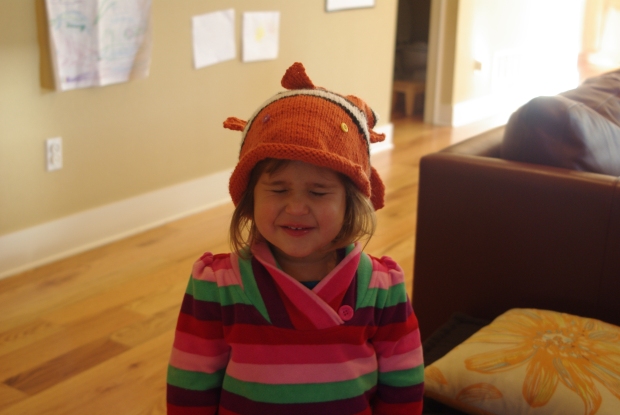 Then she wore it to the store, where it kept falling off her head and I realized it was too big, even though I’d sized it down for her head.  I added a messy looking but functional dart in the back, figuring it would be hidden by the floppy tail. 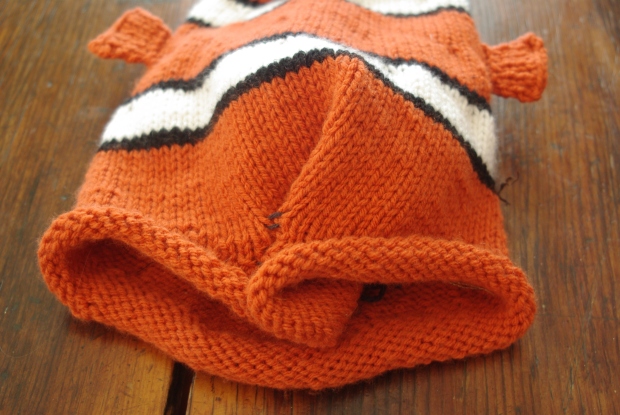 And did she love it then?

No. She completely and fully rejects the Nemo hat.  Won’t wear it.

The boy likes it, though, and will wear it.  With one request–“Mom, can we put the big eyes back on again?”

One thought on “Fixing Nemo”