The boy and I are in the big city for the week!

The day did not get off to an auspicious start as, halfway to the airport, I realized I had left our Broadway tickets on our desk at home. My husband was less than amused, and later grudgingly took the tickets to FedEx to deliver them to us tomorrow morning. After that it was a fabulous day.

The flight was incredibly smooth which I entirely credit to our highly experienced pilot. 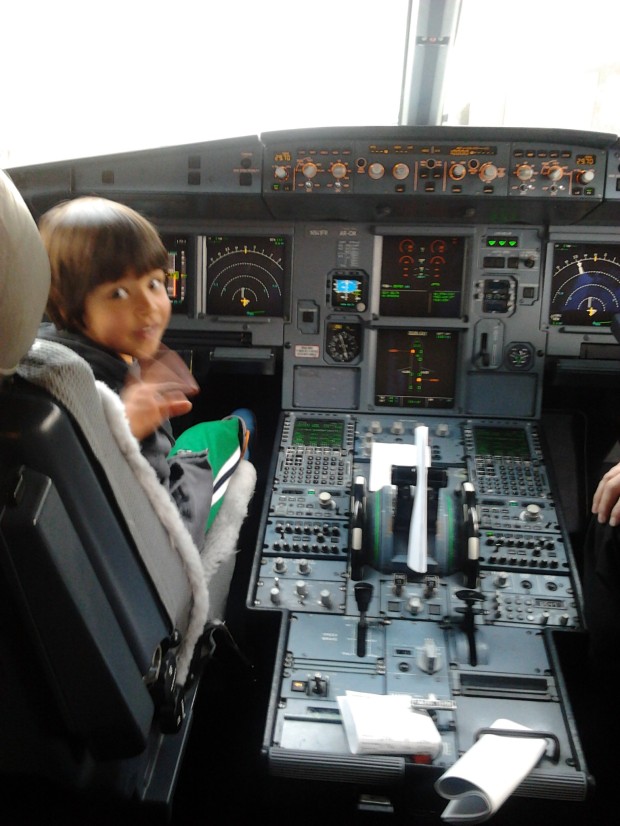 We met up with Sapana at her place, had a quick bite to eat and then figured we’d head to the Met for the last hour or so.

The knights made a big impression: 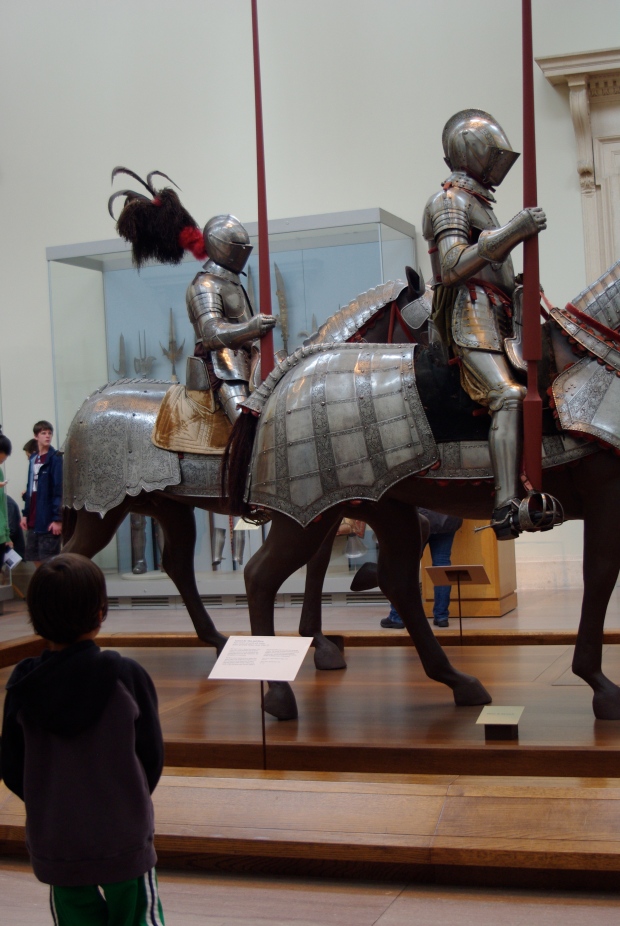 As did the mummies:

And then, well, the museum closed.  The boy protested and successfully snuck past a few museum guards to catch just a few other exhibits.

Outside, he and Sapana did their best fountain impression:

We milled about for a bit and then decided to go for a quick walk in Central Park, but were distracted by the Ancient Playground, which is great! The boy had a fabulous time on the  (sort of) ziggurat.

Heading home, tired, he created his own subway perch: 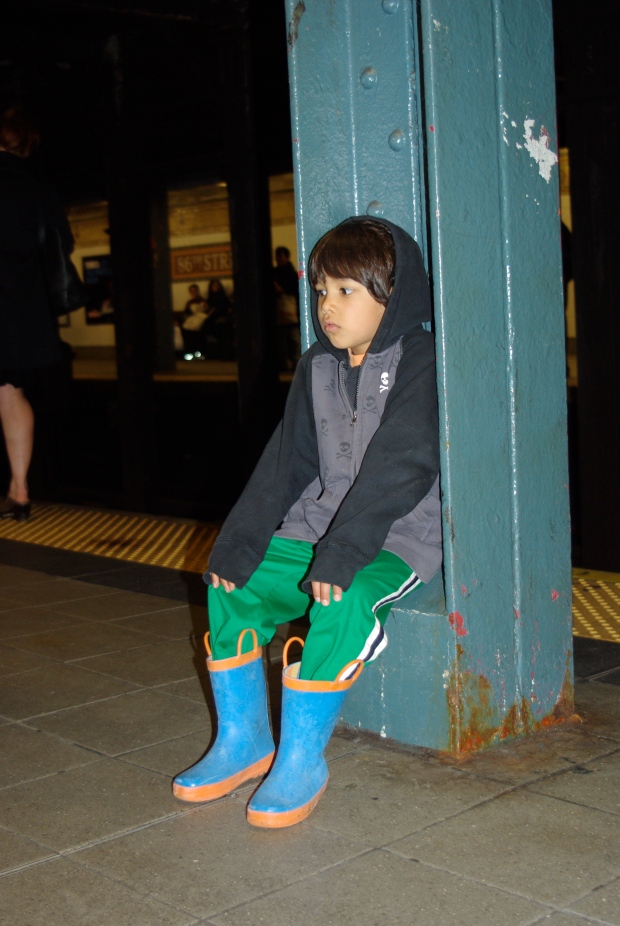 And then we finished with a delish dinner of empanadas at a Latin restaurant in Brooklyn:

We came home and played a game of “whoonu” with Sapana, Sachin and Sapana’s roommate. The game consists of cards with random things listed on them, such as “baseball games,” “meatloaf,” and “dinosaurs.” You’re supposed to pick the cards that one of the players likes the most, and it rotates around players.

When it came to my turn, the boy chose “pot pies” for me. Now, I hate pot pies, and was about to rank that my least favorite choice. Unable to contain himself while I was deciding whether “roller coasters” or “bicycling” was my favorite, the boy began to giggle, “pot pies!” I changed strategy and quickly named pot pies as my absolute favorite thing in the world, then bicycling, roller coasters, and lastly “taking naps.”

He’s in bed now, ready to start another day of adventure tomorrow!