The whole time I was in New York, I had quite a bit of anxiety about my garden. It was cold and gloomy in Denver, and I was worried that my little plants wouldn’t survive. As you know, I’d already planted too early. When I returned, the tomato plants were droopy and spotted. I began to panic. I hastily took off all the walls of water, convinced that they were making the plants too soggy.

I brought a few leaves into the local nursery. The two ladies at the “Plant Doctor” stand looked at me suspiciously. Both are older Caucasian women with close cropped, no-nonsense haircuts and expressions that show clear fatigue of idiot questions from novice gardeners such as myself. “When did you plant these?” one of them barked at me.

“Umm…two weeks ago…” I lied. I sure as hell wasn’t going to tell them I planted three weeks ago.

“Mmm-hmmm” they both said and nodded in unison. They reminded me of those Sesame Street aliens that go “Yipyipyipyip. Uh-huh. Uh-huh” “Ya planted too early. It’s STILL too early to plant.” (This was about 2 weeks ago) “Nighttime temperatures have to be over fifty degrees consistently to plant.”

“What about the walls of water I used?”

They gave each other a knowing look. “When did you set them out?”

“Ummm…” I tried to think of a good lie, but couldn’t. “Well, I just set them over the plants when I put them in.”

“Wrong!” She gave me a bug-eyed look. Now she sort of looked like Large Marge. “Ya need ta put ’em down a few weeks before to warm the soil.” This drubbing continued for a bit longer until, gardening ego battered, I retreated to my car. The last piece of useful advice was to keep picking off the spotted leaves and give the plants a few weeks more in the walls of water.

I went home, put the walls of water back on, and checked on the little plants every day. I also got an essential oil spray to help with aphids and powdery mildew which has always been a problem with my squash and cucumbers and gave everything a nice drink of fish emulsion, hoping to combat the nitrogen poor soil I’m told I have (also by the snooty plant ladies).

A few weeks later…and everything has survived with minimal casualties! I did lose an eggplant, sadly. As you can see, I mulched the plants with newspaper and then covered it with straw mostly so it didn’t look ugly.  It holds in place fairly well except when it gets very windy. 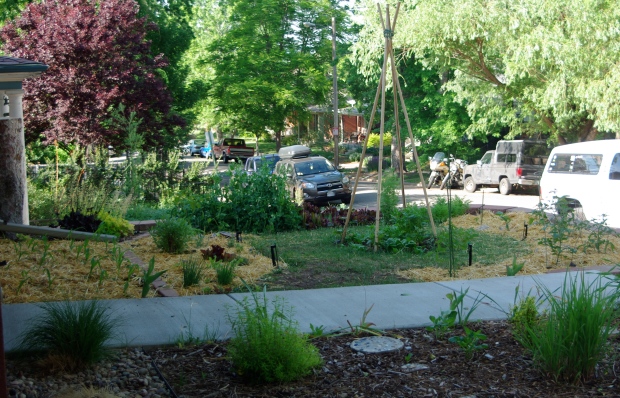 The peas have just exploded and we already ate a few! 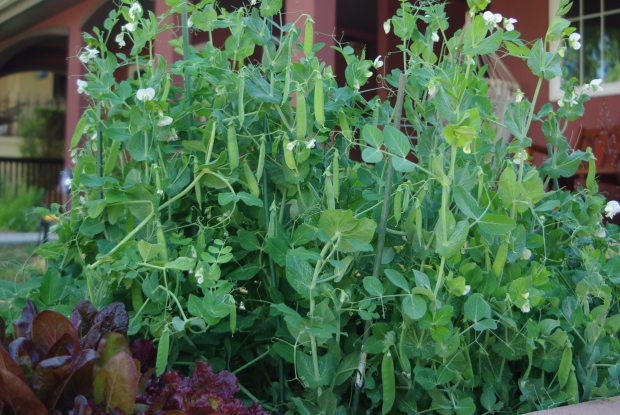 The squash is coming up nicely, as is the watermelon. And the corn looks strong, though leans forward to get the sun. The cilantro and spinach already bolted and I’m going to let them go to seed and see if anything comes up in the fall. 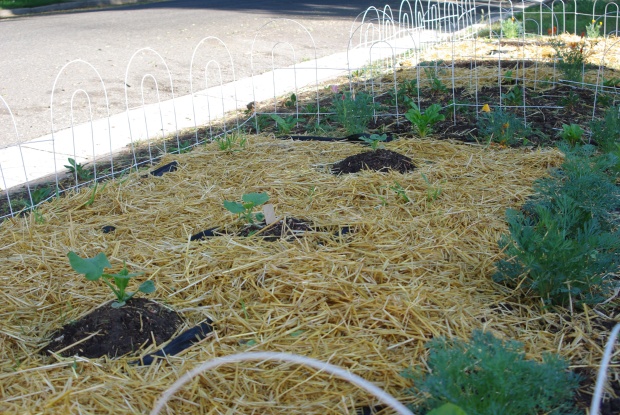 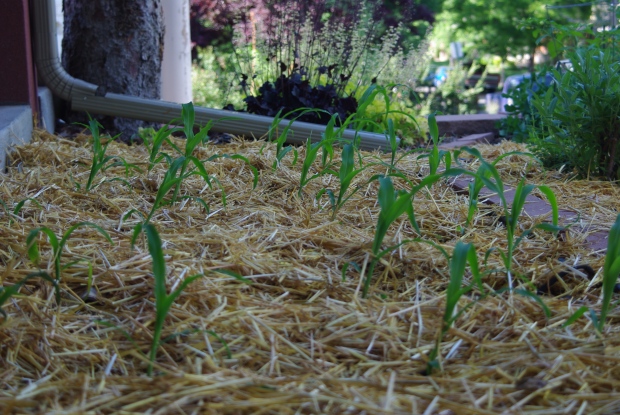 The tomatoes are growing nicely, too, and seem to have recovered completely. See the little wooden stake next to the plant? That’s how big they were when we brought them home! And now look at them. 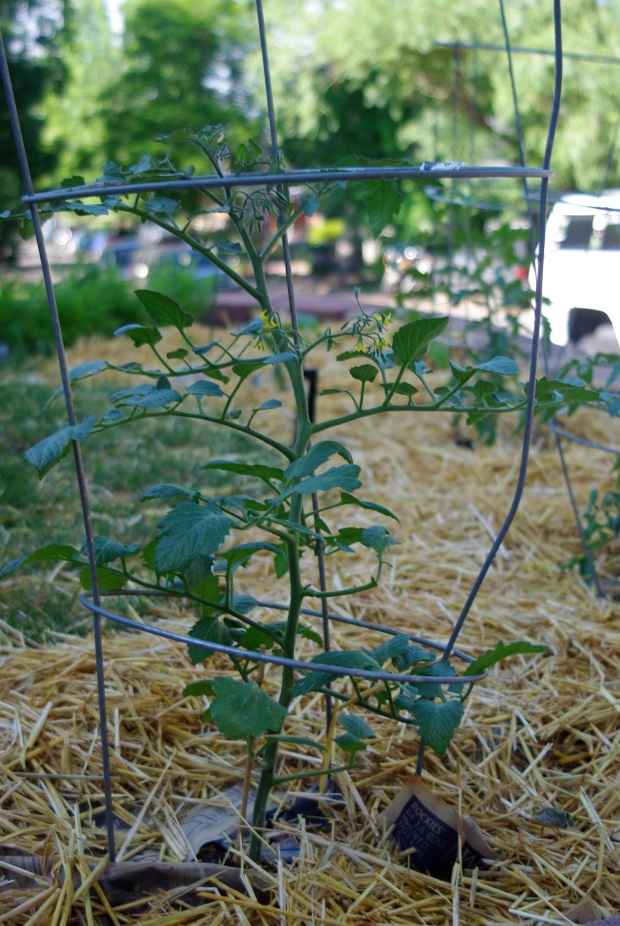 Take that, you snooty garden store “doctors,” you!