The scarf is done! I gave it to Eric, who put it on, wrinkled his nose, and asked, “Do you think it’s too long?”

I had to restrain myself from grabbing a pair of scissors and simply slicing off a few inches of the scarf in spite, and then watching it unravel.

I tried to get an “action” shot of Eric as he usually is on a Saturday morning, but my artistic integrity was interrupted.

I love this scarf-here’s a detail of the cabling: 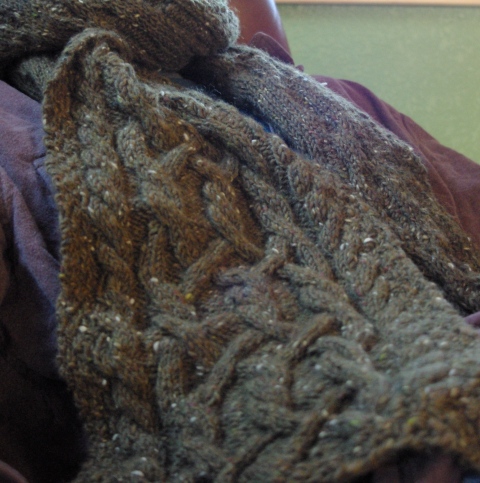 This tweed looks so pretty with the pattern. Perfect for the lounging intellectual reading some relaxing Plato on a Saturday morning. 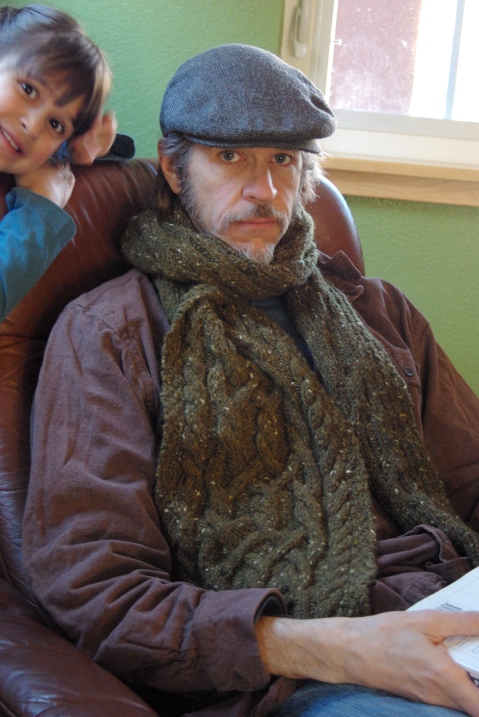 I did pick up that sweater I’d been a bit bored of, so will try to get that one done before too long.  And then apparently I have to teach someone how to make a sweater with a wolf on it, which as we all know is the sign of an ultimate weirdo, so I may have to refuse for the person’s own good.