You may remember an incident from October of last year in which the boy was caught carving up his dresser and lying about it. My friend Geoff made a comment in which he described using a Supernanny technique of putting marbles in a jar to reward good behavior, and so we started as well.

It took a bit of parental training until we were doing it right.  I think at one point I had a marble count of -2 and figured that I must be doing something wrong. The boy would, rather cagily, game the system as well. He’d set the table without anyone asking and then ask, “Didn’t I set the table so nicely? Don’t I deserve 2 marbles?”

We also took marbles out for bad behavior, and using the jar as a threat was a good deterrent. Once he had a particularly bad day and had run upstairs and slammed the door in Eric’s face and then proceeded to kick the door. Eric opened the door and told him to come downstairs, NOW. It was the verbal equivalent of dragging him downstairs by holding his ear. Eric picked up the nearly full marble jar and began POURING OUT marbles back into the source jar. The boy started hyperventilating and shaking. He lost about half of the hard won marbles with that.

He never slammed the door again. 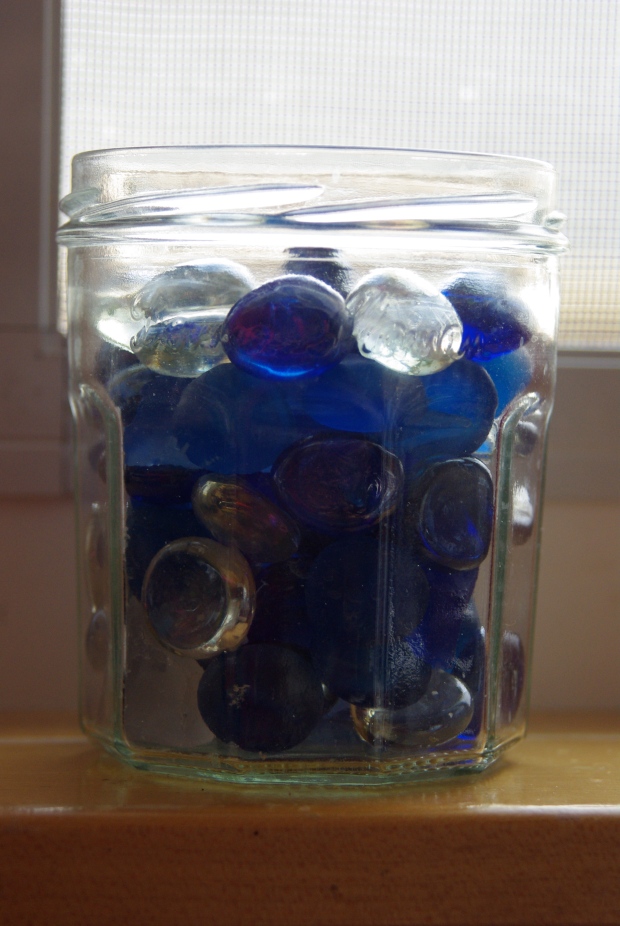 Finally, this week, the jar was full. I had at first said that the prize was going to be watching (an edited) “Star Wars,” but the boy rejected this, saying it would give him nightmares. “Well, what do you want?” I asked.

“I know!! I want a real comic book!! Batman!!” and he started to giggle uncontrollably with excitement at the idea.

This seemed fair enough, so I looked up the comic book store (incidentally, their logo is in Comic Sans, which is possibly the only acceptable use for that font) and off we went. I expected the store to have a few random people wandering about that looked like the comic book guy from the Simpsons.

Instead, there was a line out the front door, and I learned that we’d stumbled into a Yu-Gi-Oh tournament, whatever that is. The place was packed!

We looked around for the more kid-friendly comics–most of the stuff nowadays is really dark and violent, it seemed to me. The “Family Comic” section was a little TOO lightweight even for the boy. He’s not really interested in Darkwing Duck or Minnie Mouse comics. Browsing around the store, I got a glimpse of what the next 12 years is going to look like. 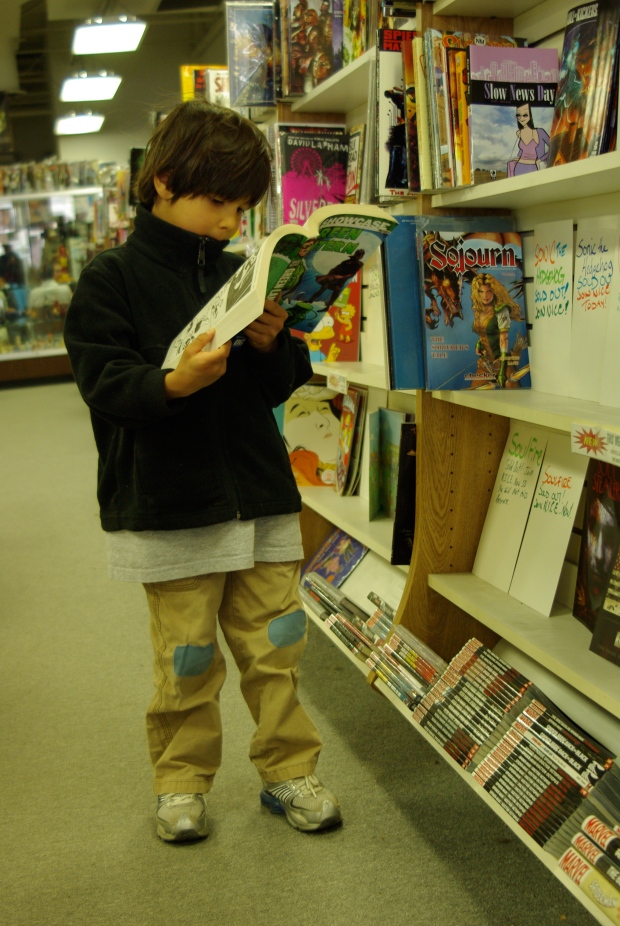 We eventually found some older Batman comics that were pretty good for him, and he was so, so excited! 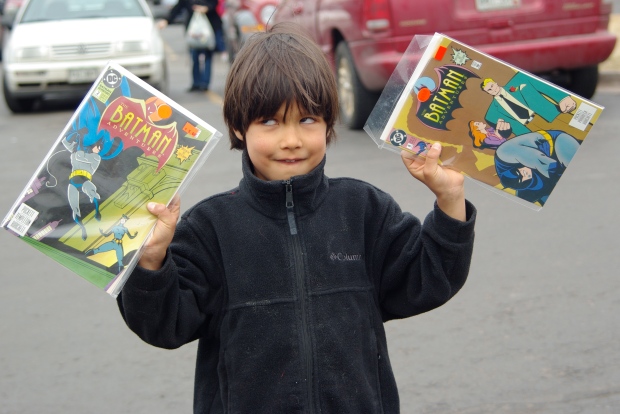 Back into the jar went all the marbles, to be earned and redeemed again, hopefully sooner than 5 months this time!