It was time to rent a car and begin the harrowing process of driving on the left. To be real, it wasn’t nearly all that bad but I did get tired since you do have to pay attention and be thinking about being sure you’re on the left all the time. An Australian friend told us to remember at all times “your ass is on the line” and I have repeated that to myself over and over. The biggest thing to get used to is that EVERYTHING is backwards – the signals are on the right of the steering wheel and the windshield wipers are on the left so, as Sonia commented on my last post, every time you want to change lanes or turn you end up turning on the wipers. Every. Damn. Time. however, given that we are traveling here in winter, this is actually useful since it’s most likely just rained and we need to clear the glass anyway.

The girl insisted on crepes for breakfast, and now that we had a car we found a creperie and made our way there. I’ll do a separate post at some point on how much I love the Internet for travel and how different these trips are with it. The creperie was situated in a little modern farmer’s market/food court (is that what you call them?) where not only did we get a delicious crepe but then stocked up on bread and cheese for our lunch. 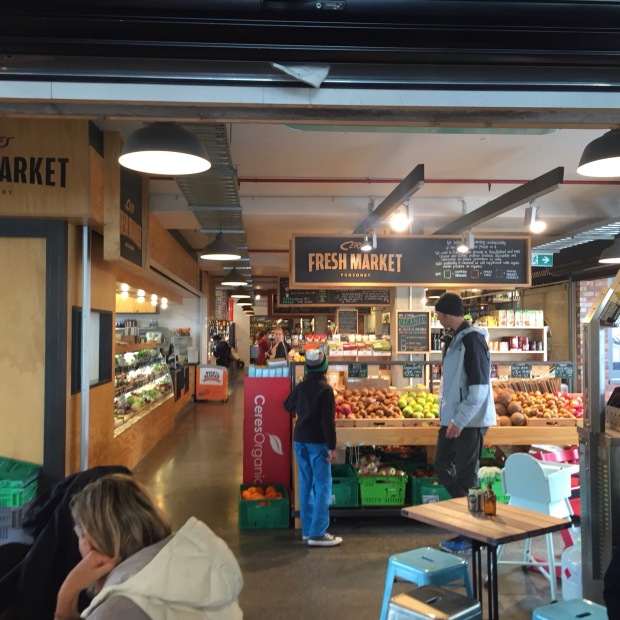 We drove from Auckland up the western coromandel peninsula coast. This took an hour longer than it should have because Eric was the navigator. This enabled us to cross the bridge to the western northland peninsula and have some beautiful views of Auckland city. once when going north over the bridge, and then again when going south. We’re so lucky.
Once we actually got on our way it was probably one of the most beautiful drives I’ve ever taken, comparable to route 1 on the California coast line, except that to the right was either verdant hills with grazing sheep or a prehistoric looking tropical forest. One thing about traveling with kids is that you stop at playgrounds, which you wouldn’t otherwise as an adult. The fun part of this is that these are much needed breaks for everyone!

After we finally made it to Coromandel, we realized that well, there wasn’t much there that we wanted to stay for and there wasn’t much in the way of accommodation, so we decided to drive east to Whitianga. After after a tip from a friend who recommended the NZ Frenzy guidebooks, we knew to take a stop at the Kauri trail along the way. It was so peaceful along the trail – didn’t see another soul along the way. Someone in our group found this disconcerting and made the interminable 6 minute hike crying most of the way. The trees, though, are truly magnificent and it felt like we had stumbled upon a hidden, secret gem of the island. 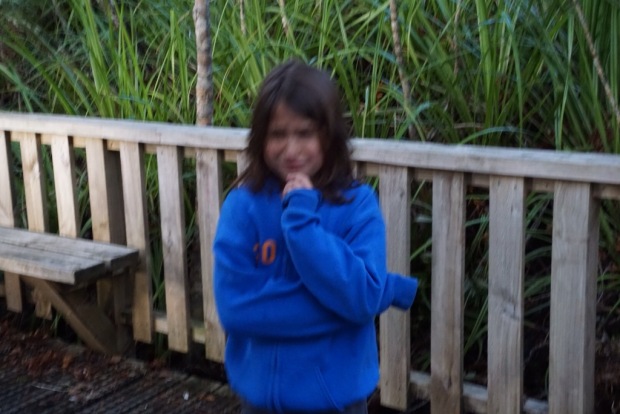 Here in Whitianga, it was a bit of work to find a place to stay that was within our budget. I know NZ is pricier than some other places, but with a long trip like this we can’t really spend over $200 a night anywhere. We’ve found ourselves in a decent motel near the beach, but decided only to stay here 1 night instead of 2 and spend more time in the Rotorua region. I’ve also learned that last minute air BnBs don’t work so well and so at least 24 hours notice will work better – all valuable learning, no?
Tomorrow, off to hot beach and then make our way to Rotorua.